ROKOS Is A Free Raspberry Pi Operating System To Launch A ... 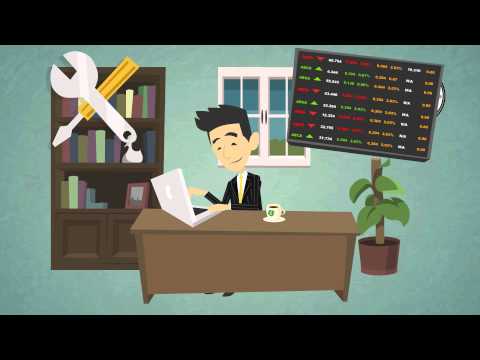 What's next for bitcoin

Here's a brief list that's just a fraction of the positive news. Does anyone have anything to add to the list or any suggestions on things to change?
Future
Videos that really explain where we are headed

About the spoofing attack: Why it's not really a problem

Disclaimer: I'm not claiming here that XT is a surefire success - the Core team can, for example, adopt BIP100 next week and the XT movement will be out of steam on that day. That being said, this post is to address the juvenile "call to spoofing" by a few jokers, and no less than the honorable developer Adam Back himself.
In this post, I'll attempt to describe the spoofing attack, and why I don't think it's a big problem.
What is spoofing?
Spoofing, in this context, is fanatical Core supporters pretending to be BitcoinXT on the network by identifying as such. As Core and XT are almost identical in behavior (except get_UTXO, which is an ability they can spoof too, and double-spend-alert -relay, which is not a reliable indicator) before the blocksize increase, there is no good way to catch a spoofing node or miner at this point.
The "spoofing attack" can be divided into two types: Spoofing nodes, and spoofing hashpower (blocks).
Spoofing nodes
To understand why spoofing XT nodes is not a huge problem, one must understand the whole point of running "make a statement" XT nodes in the first place. Always keep this in mind:
Running an XT node is by no means a binding vote; it is merely a statement, a protest if you will, where the more nodes there are the more attention we get from the big economic actors. One does not trigger anything by running an XT node.
Knowing that, it is easy to see why spoofing node (e.g. running "noXT") in an attempt to derail the movement is fruitless: It's like joining a political rally, holding the same signs as the other participants, but secretly saying to yourself: "I actually hate the cause, so my presence discredits the rally!"
Nope, sir, all you did was adding to the number and making the voice stronger. Thank you for your service!
Of particular annoyance to the XT movement is the people running pseudonodes: These people hold various claims like:


We will search XT nodes and Sybil them exclusively!
We will run lots of them to discredit you!


For the second point, see above. For the first point, that is unfortunate... until you realize that you are actually running a tx-validating full node, which makes you Sybil-resistant unless your entire connection is compromised (making you unable to sync blocks/finding valid nodes; in any case you still won't lose a satoshi). In addition, if this becomes widespread and known, it makes the other side look worse while achieving nothing for their cause. Ignore and trot along!
Spoofing hashpower (blocks)
This is a more serious threat: The threat, as described by Adam Back, is to fake mining XT blocks, push towards 75%, then pull away last minute leaving the minority of XT miners stranded (not to mention the ecosystem shattered and broken, but apparently they don't care).
This sounds scary at first, but it's actually extremely difficult to pull off for two reasons. Allow me to explain.
First, know that in the event of an XT success, it's extremely likely that the economic majority will announce their support before any significant hashpower vote for us. Miners are in it for the profit, not too many of them are going to risk coming over unless they know the purchasing power is on our side. Most will need to see Bitpay, Coinbase, the DNMs, Electrum, libbitcoin (and associated wallets), major exchanges et. al. move over before they make the call.
If we got that going we already won, miner supermajority is just a formality. It's extremely unlikely that the spoof-attackers can convince a large amount of hashpower to go against the ecosystem and destroy their own livelihood.
Second: What if we disregard the ecosystem, and the spoofers really want to prematurely push us over the edge before we get 75%? Surely they can then move away last-minute, leaving our allies to dry and the attacking miners some potential profit, as they trick their competitors onto a losing chain? Maybe they can convince enough miners to disregard the destruction of ecosystem to pull this off!
This sounds serious, however it'll be so difficult to pull off, I won't lose any sleep over that. And that is because of an often-overlooked feature in the BIP101 activation mechanism: There is a 2-week grace period after 75% supermajority before the first 1.1MB block can be mined. This, combined with the fact that the activation trigger is 75% and not 51%, seals the fate of spoofing attacks.
Consider that XT only needs >50% hashing power supporting it "to the end" to end up on the winning chain. So presumably to make XT lose, the spoofers shall attack when some ~40% hashpower is XT. This will mean that they'll need some 30%++ hashpower joining them on the spoof (higher if they attack earlier!). I don't know how they're gonna convince such a huge chunk of miners to risk the entire ecosystem to pull this off, but let's say they did. Let's say, ideally, they attack when XT has 48% honest hashpower and they spoof-attack with 27%. Bam. BIP101 triggered!
Except we don't immediately start making 1.1MB blocks; there are two weeks. During the two weeks the spoofers have two options:
1) Drop out, revert identification to Core and laugh. This might sound like a victory, except... the miners gain nothing, because the moment they switch back, it'll be very transparent that the fork is not going forward, and XT miners can go back to Core at their leisure, not losing anything. The two weeks are not just a grace period for people to join XT, they also allow XT miners to detect danger and revert. So... no profit for spoofer. Miners would have to be pretty stupid to believe this strategy.
2) Keep spoofing until the end of the two weeks, switch only at 23:59:59 on the very last day. That sounds scary! Until you realize that every day they keep spoofing, there's an XT-faced, 75%++ strong Roko's Basilisk staring at the other 25% of "Core faithfuls". They have no way of knowing any better: The spoofers will have to behave exactly like XT to maintain their ruse. Any sane miner in the leftover 25% will switch over; at the end of two weeks, the spoofers no longer matter as we have already gained majority. Spoofing will ironically ensure our victory.
"But... but what if they collude with those too? What if 50%+ of the hashpower collude in secret to attack us in a concerted, deceitful fashion?"
Well, guys, that's called a 51% attack on the network, a fundamental weakness of the Bitcoin protocol. If that collusion is pulled off over a long time, anything can be pulled off; the ecosystem will lose all its value and crash to zero. If profit-minded miners can be somehow convinced into doing that, Bitcoin itself, the assumption that profit incentives will keep a majority of actors in check, fundamentally failed. I don't think anyone here believes that to be the case, no?
TL;DR: There are several ways XT can be attacked via spoofing, but none of them makes sense if you consider how the movement works and how incentives work for miners. Stay strong, sleep tight, keep your full node running.